Analyze your recruitment process in the pipe history report

The report Pipe history for Recruitment gives you the possibility to analyze the flow of candidates through your pipe/s during a given time. Reach the report via Report – Recruitment

The report can be used to analyze:

The report measures movements of candidates from one stage to the next in your recruitment process are analyzed and shown in percent. The formula for the calculation is:

The number of candidates moved from stage 1 to stage 2

To be included in the calculation above the candidate needs to be submitted one step at the time. By using the three filter choices Pipe, Period and Recruitment responsible, you can modify the information shown in the report. The possibility to analyze each process, different periods and/or Recruitment responsible arises. 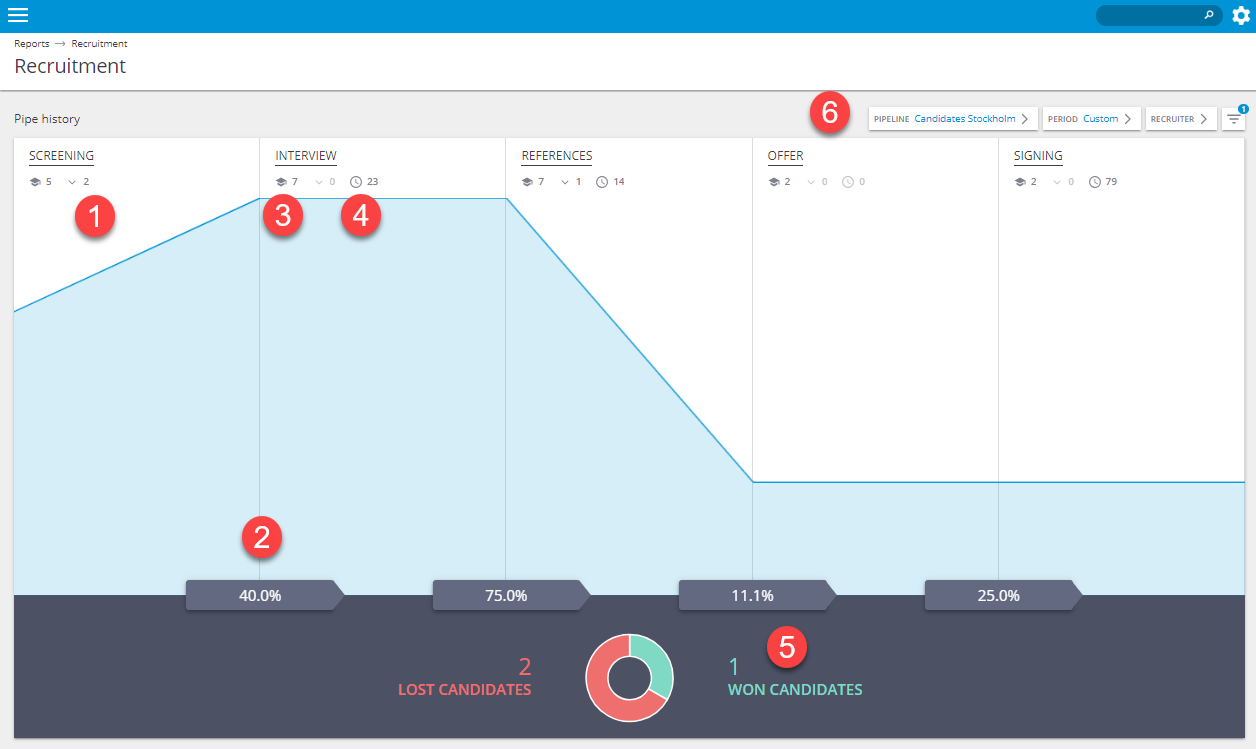 The different figures in the report are explained below: