A Pipeline is how to define the process from a Lead to a Won assignment. It contains the stages throughout the sales process.

By hoover, the i-icon, you get project details. 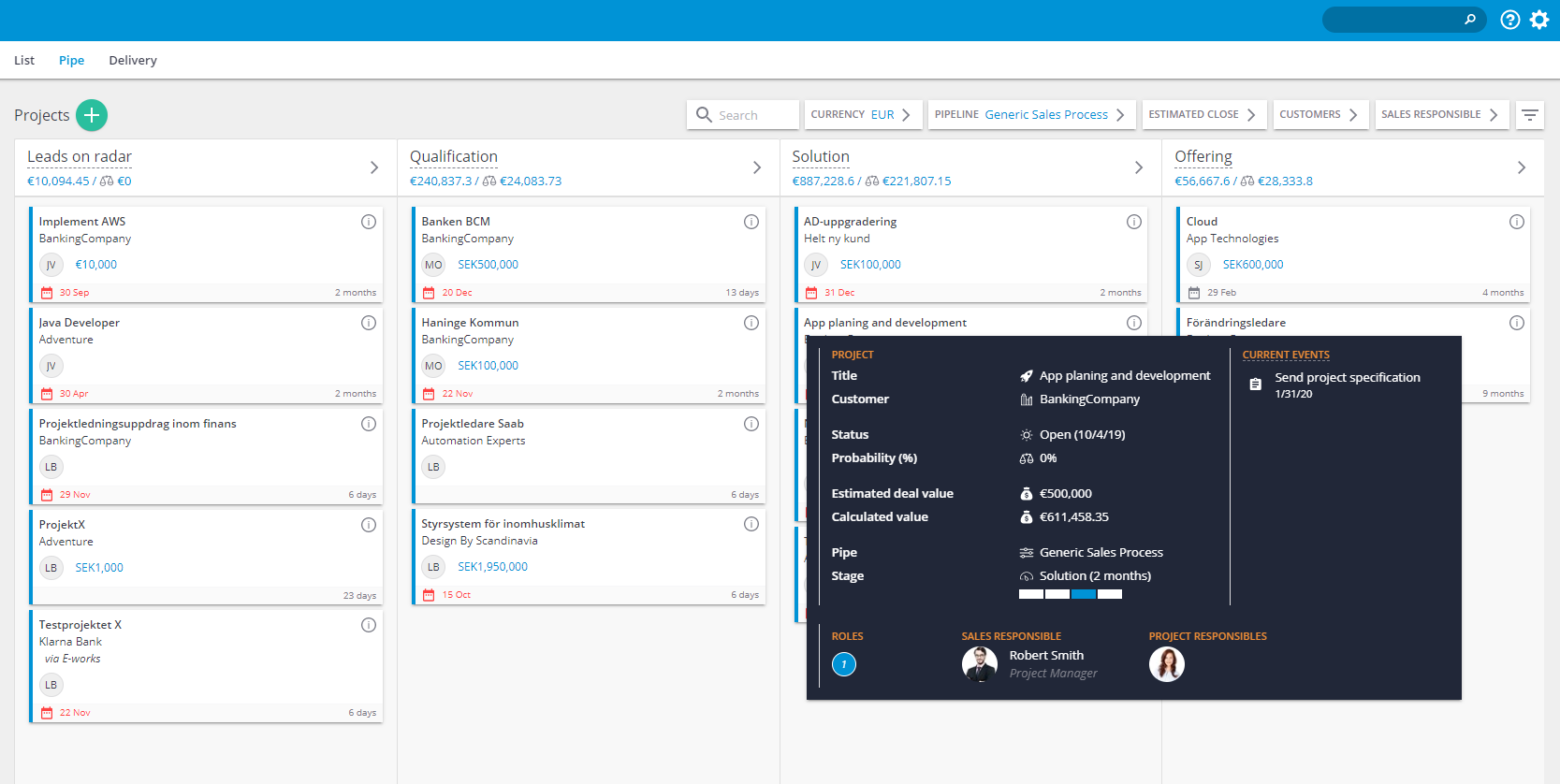 Get information about each of the steps in the Pipe feature by dragging the mouse over the pipeline headlines.

- the describing text which can be used in Pipe through Administration, such as checklists, instructions to the seller of what needs to be met in this step, and what qualifies a project for the next step in the pipeline.

- a summary of the estimated values and the weighted values put in the projects.

- a graphic feature based on the estimated value of the projects. Salesmen can use this to understand what assignment is the most valuable. If you have given an expected completion date you will see this on the assignment card to the left. If this date is passed it will show in red to show that actions need to be taken. To the right in the card, you will see when the project was last updated or changed which will give you a heads up on assignments that haven't been managed in a while.

Continue reading about how to create pipelines.
Did this answer your question?