- Extend the role within the same project. You create a new role with a new start- and end date and can change the extent and price.

The calculated value of the new role (price*extent) will be added to the total calculated value for that project. You will not have a new deal date for the project (time for status won). Chose this alternative if you do not take order values for the extension into consideration and do not work with extensions as separate deals.

- Extend the role to another project (already created). You create a new role in a previously created project.

- Extend the role to a new project.

The calculated value for the new role will be added to the new project. The new project will have its deal date (the project status sets default as Open with today's date). If you work with extensions as a separate deal and want an independent deal value and deal date, and is not already working with the project within a pipe, this is the alternative for you.

How to extend a role

Go to the project and the role tab. Select to view the role in the card- or list view.

By the three-dot icon, select the Extend function.

Select how you would like to extend the role by selecting from the three alternatives. 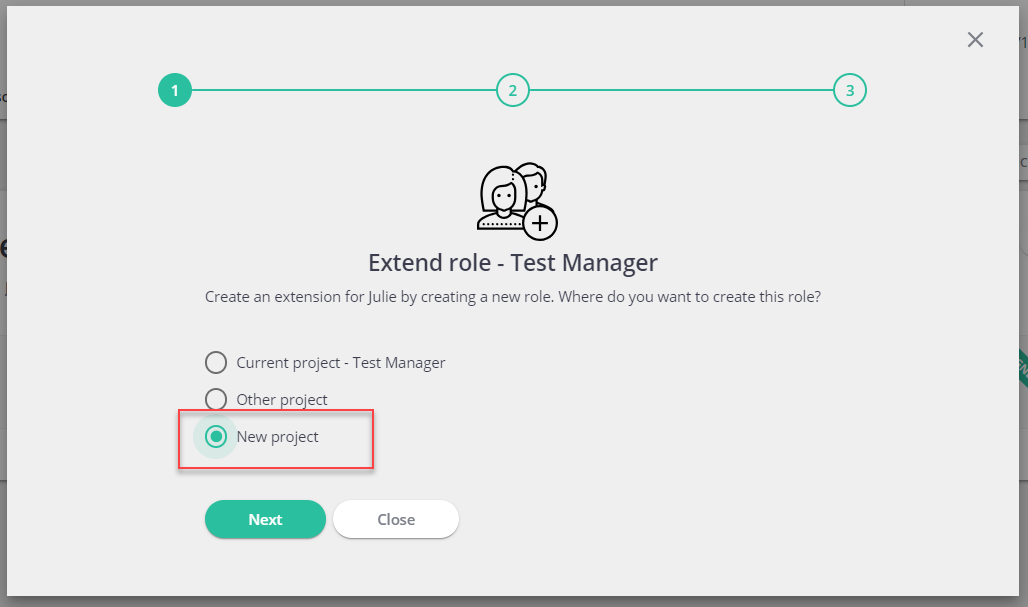 You will get into the widget for creating a new role which will differ depending on the choice made.

This example will focus on how to extend the role to a new project.

Create a new project by filling in the New project widget. Project details inherit from the previous project. The won date will be the same as today's date.

For the role, set an end date and update if necessary price and extent. Click Save. 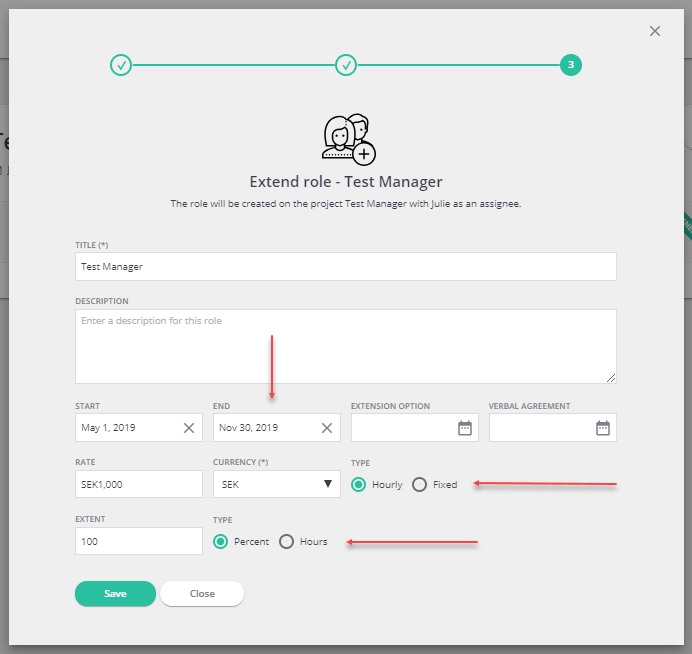